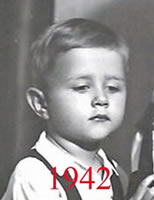 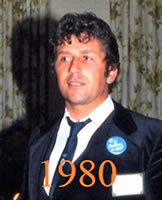 This text is aimed to better introduce myself to the IRG/WP members, so you can decide whether or not to read my full bio. For those who do not know me, I am an 82 year-old retiree from the Sansin Corporation in Strathroy, Ontario, Canada. In the former Yugoslavia I obtained BSc, MSc and PhD degrees in Wood Science, Wood Technology and Wood Protection from the Universities of Sarajevo, Belgrade, and Zagreb, respectively. Like in most countries, life in post WWII was difficult, but education, health insurance, and most social activities in Yugoslavia were free of costs, so I enjoyed dancing, music, sports, and growing edible mushrooms.

My highest life achievements in Yugoslavia were:
Obtained my PhD diploma
Organized my family with Uljana
Became an IRG-WP member in 1972 at the Conference in Berlin
Organized the IRG12 Conference in Sarajevo, Yugoslavia in 1981
Participated in Collaborative field trials on out-of-ground contact in IRG 2179, 1982
Wrote a book: Wood Protection in Yugoslavia
Competed for team Yugoslavia including 1964 Olympics in Tokyo
Served as President of the Yugoslav Gymnastics Association
Helped organize the World Championship in Rhythmic gymnastics in Sarajevo in 1989
Worked as a UNIDO expert in India

Due to the tragic war in the Yugoslav republic of Bosnia-Herzegovina during 1992-1995, our family fled from Sarajevo to Belgrade (Serbia), where we got refugee status and immigrated to Canada in 1994. In Canada, I worked for University of Toronto Forestry Faculty; then NEW MAR - Windows and Doors manufacturing in Toronto; a Mushroom growing farm near Toronto; the Ontario Ministry of Transportation; and The Sansin Corporation.

Nowadays as we watch the TV broadcast of the 2022 Olympics and Paralympics from Beijing, daughter Marina and I get thrilled and proud, memorizing days when I competed at the 1964 Tokyo Olympics, and she became family’s second Olympian, after competing at the 1992 Winter Olympics in Albertville, France. My wife Uljana also joins us, memorizing days when she was representing the gymnastics team of Yugoslavia in a variety of international tournaments. So, I think this is the best time to write my bio.

There is a beautiful place in Central Serbia named Kruševac (pronounced: ‘krû-shevats), situated 190 km south of Belgrade. The town is best known for its connection to Battle of Kosovo in 1398. Even though Serbian army won the battle, both commanders, Serbian Prince Lazar and Turkish Sultan Murad, lost their lives in the massacre.  And this is just the town where I was born in 1939, two years after my older brother was born. My second brother was born 10 years later (1949) as an “unlooked for child boy”.

In my own time I liked dancing, playing domra (prim) and guitar, and playing for junior local soccer team, but at the end, I fell in love with gymnastics, especially after the coach puts me in his best quality team, so I definitely forgot about soccer. My interest in dancing and music greatly increased after my dad purchased domra, a small, string instrument that plays the lead melodies in orchestra. I never was a celebrity singer or dancer, but after a cup of wine, my fingers and vocal cords would become flexible, so loud popular tunes would often resonate around. My friends used to say joyfully:
“Whenever Nenad takes part,
the music with dance is going to start”.

With the help of coaches, my hard work and talent allowed me to apply for competition on federal level and soon become permanent member of the Yugoslav gymnastics team. I did not win Olympic medal but being the 4th or 5th ranked gymnast in Yugoslavia was considered a great success. To me, competing under the Olympic flag and feeling the power of unity of the Olympic Games is as important as winning.

On May 10, 1962, there was a preview competition in Belgrade, for the selection of the men's national gymnastics team. In the hall, I spotted a young girl gymnast who stimulated my hard-to-control passion intrigued me to compete in the best way. Since I made it on to the national team, she responded to my signal and allowed me to escort her home.  Before we parted, on May 10, 1962, we swore to write letters each other until we were united. For the next 5 years, my postman in Sarajevo was “my best friend”, while I was expecting him to deliver her letters from Belgrade to me. This year on May 10, 2022, we plan to organize a big festive bash, to celebrate 60th anniversary of acquaintance, and would not mind having guests from the IRG/WP, or to get greeting cards from the members.

Although I did not do well in elementary and middle school, I enrolled at the Wood Department of the Faculty of Mechanical Sciences. Being more interested in gymnastics than studying, my first exam ended in calamity, but my examiner, a real gymnastics fan, decided to let me pass. Knowing he was doing that in respect of my sporting achievements, I felt totally ashamed and guilty for trying to cut corners, and asked the professor to take me down, promising to be ready next time. After such a lesson, all my future exams ended up with grades in the 80 to 100% range.

After graduation, the Faculty’s Research Council offered me a position to work as a junior researcher and lecturer in the subjects of Wood Science and Wood protection. In 1972 I got a three-month sabbatical. My thanks go to former the Princess Risborough Laboratory in England (presently BRE in Garston, Hertforshire) for permission to spend my time with them. My special gratitude to John Savory, Dr Anthony Bravery, Dr Michael Baker, Dr Janice Carey, and other lab personnel for gradually introducing me to all aspects of my research interests. I am particularly thankful to my supervisor John Savory for arranging for my wife and son to join me in England.  With John Savory I also had a chance to board the historic clipper ship Cutty Sark in London, where we explored the needs for additional conservation of ship’s wooden structures. Most importantly, twenty years later (March 1992), John phoned from England to our home in Sarajevo, to caution us of the upcoming war in Bosnia-Herzegovina, and asked us to flee Sarajevo immediately. The next morning, we left behind us all our valuables and memories in our pricey four-bedroom apartment, and winter cottage near Olympic Alpine Ski Center, and, avoiding barricades, we arrived in Belgrade, where we received refugee status.  Two days later, war exploded across Bosnia-Herzegovina. Thousands of lives were lost in that bloody war, especially in Sarajevo during the four-year siege. Later, we were sorry to hear that our apartment in Sarajevo and our cottage in the ski center were both robbed and destroyed. However, thank you John Savory, you saved our lives.

In 2013 (21 years later), my memories forced me to visit Princess Risborough again. After visiting Savory’s family, accompanied by John’s daughters and Tony and July Bravery, we visited John’s grave, where I bowed down to John’s ashes as to my own father, telling him that my family did not and will never forget what he'd done for us. Thus, my long-lasting nostalgic desire was accomplished.

As said above, all we had in Yugoslavia was lost, so we arrived at Canada as landed immigrants, discouraged, depressed and down-hearted, with empty wallets and almost just our short-sleeve shirts. Being on Government support in Canada was not encouraging as we had been used to enjoying life, based on the budget earned through our skills and hard work.

“Ever since you came to Canada, you've seemed scared and depressed. This is your new homeland, we are with you to help break your sorrow, and support you to faster integrate into Canadian society”, our Toronto friends Paul and Marigje Cooper, kept encouraging and helping us in organizing the new life from scratch.

In Canada, I joined Paul Cooper’s research team as Associate Researcher at the Forestry Faculty, University of Toronto and helped with some ongoing projects. Soon, I became an active member of the Canadian Wood Preservation Association and a member of the Mycological Society of Toronto. My PowerPoint presentation on “Growing Edible Mushrooms – Small Scale Production” was well accepted and encouraging. After the presentation I began to work at a poorly organized mushroom farm, that was falling into bankruptcy.  After I corrected technology and introduced a variety of innovations the mushroom farm fully recovered. However, as soon as the owners realized that they could now go forward on their own, I was laid off.

To better make ends meet, my wife Uljana and I occasionally worked as gym coaches at the Canadian Adventure Camp, a well-known sport and leisure center. For a short time, Uljana worked as a Quality Control officer, but after our second grandchild was born in Canada on Christmas Day, Uljana quit her job and chose to be our grandchildren’s caregiver.

In time, our responsible and respective social and business activities enabled the family’s full recovery from loss of all valuable goods and memorable belongings during the war in Yugoslavia.

In 1999, Eric Bos and son Sjoerd, offered me a position to lead the Research Department in their young, under-equipped “Weather Bos” company in Strathroy, Ontario (this later became the Sansin Corporation). If anyone else had been in my shoes, he would probably have given up on this offer, but for me this job was a real challenge to prove my knowledge and help further growth of the company. In a hastily established laboratory, we managed to incorporate an organic super hydrophobic compound in a water-based formulation without need for emulsification, and formulated KP11 and KP-12, highly water-resistant protective undercoats. Since these products performed great in the market, we further developed a series of compatible water-based environmentally safe UV resistant decorative topcoats. After Sansin moved to a new, modern facility, I heard that Sansin KP-12 and the ENS system was used to treat curved laminated poles during reconstruction of the track and field sports stadium in Eugene, Oregon.

Further on, we soon developed the PowerPoint education system the “Wood Technology School”, being presented to customers across North America. Many questions during presentations were asked about insect, mold, and fungal attack to construction wood, especially in cases of vulnerable log homes. Soon, we acquired equipment for research in wood protection, and my IRG/WP membership was transferred from former Yugoslavia to Canada. Apart from mold and decay growth, answers on how to get rid of highly populated Carpenter bees’ infestation were often asked. IRG/WP documents IRG 04-20286 and IRG 07-30437 give detailed information on Sansin involvement in dealing with these issues. My working career ended in 2020 with Sansin Corporation, Strathroy ON, Canada.

WHERE I STOPPED  -  YOU CONTINUE.

“Thank you, Alan Preston, for advising me to write my BIO”

This bio was written for the April 2022 IRG newsletter.