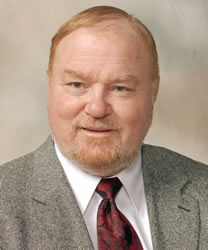 My entry into this world was miraculous. The son of a Navy Pharmacist’s Mate serving in the south Pacific during WWII and a swing shift supervisor at Douglas Aircraft, I came into this world at the Navy hospital in Long Beach, California three months early weighing in at a whopping 1½ pounds (680 g). I died 24 times in the incubator, but an attentive Navy nurse kept bringing me back. Reminds one of Al Michaels’ classic line when broadcasting the 1980 USA vs. USSR Olympic hockey game: “Do you believe in miracles?” Yes I do!

Dad was stationed at Mare Island Naval Hospital in northern California when he came back to the States, so we moved from Gardena to Napa (before it was a destination for oenophiles). From there it was on to Ada, Oklahoma (brother born there), Grand Isle, Louisiana, Morgan City, LA, Corpus Christi, Texas and finally to Baytown, Texas before I was four, and where I grew up. Dad was working for Humble Oil (now Exxon) doing seismograph work in the Gulf of Mexico. He finally got a job with Sears and became one of their top salesmen & division managers. My mother worked as the office manager/secretary/bookkeeper for a top orthopedic surgeon in the Houston area. She retired as the Senior Accountant for the City of Baytown.

My interest in science started early. When I was six, I captured a caterpillar with big eyes, put it in a jar and walked it two blocks to the Junior High science teacher, Mrs. Muller, who helped me identify it as a spicebush swallowtail. She was amazed that a six year old boy just didn’t squash it. I watched it go through metamorphosis. I had her for Junior High science and she instilled a love for science in me. Oh, and the caterpillar’s big eyes were not eyes, just camouflage to scare off predators.

After graduating from Robert E. Lee high school, I attended Louisiana State University on a football scholarship and in 1965 graduated with a BSc in Forestry with a Wood Science minor. I was fortunate to have the late Warren Thompson as my advisor. He introduced me to wood science when he chose me and two undergraduate classmates to work on a National Science Foundation Undergraduate Research grant. My project was on the ability of white rot fungi to utilize lignin as the sole carbon source. Sadly, a student worker in the department ‘cleaned up’ my project before my last culturing step and even though the project was lost, I gained valuable lab experience.

It was in my undergraduate days that I met and married the love of my life, Martha (my grandfather performed the ceremony). How she has put up with me all these years is a wonderment.

Graduate studies continued at LSU with a new advisor, Elvin Choong. I was his first grad student (Warren Thompson had moved on) so he treated me more as a junior colleague. I had turned down an offer from George Garratt at Yale since I was settled in and had a higher stipend and we had a built-in baby sitter in my in-laws. For my stipend, we developed a proposal funded by Peter Koch of the US Forest Service on dimensional stabilization and this provided a stipend equal to that of PhD students. After graduating with a MSc, I went to the State University of New York College of Environmental Science and Forestry (SUNY ESF) in Syracuse, NY to study under the renowned wood physicist, Christen Skaar who had been also Dr Choong’s major professor. What a blessing. I left SUNY and (all but dissertation) to take a position on the faculty at Mississippi State University (MSU) where I finished writing and subsequently defended my PhD dissertation.

I had two real options after school. Peter Koch offered me a job as a wood scientist with the USFS. Because I always wanted to both teach and do research, I took a lower paying job in 1971 with Warren Thompson, the first Director of the Mississippi Forest Products Laboratory and Head of the Department of Wood Science & Technology (now Sustainable Bioproducts) at MSU (later Dean, College of Forest Resources). I have been at MSU ever since and was the first recipient of the Thompson Distinguished Professorship of Wood Science & Technology in the College of Forest Resources. I have been fortunate to work with some excellent scientists over these many years. Bill Kelso, inventor of the MSU & MCI treating processes, was my mentor during my early years. In 1980, when he was President of the AWPA, he introduced me to many of the notables in the field, including Reg Colley who was 100, wheelchair-bound, and still making technical comments of papers. Also attending that meeting were international scientists coming over after the IRG11 meeting in Raleigh, NC. At MSU I have had the pleasure of working & learning from two of the best, Terry Amburgey who replaced Elmer Schmidt in 1979 and Darrel Nicholas who replaced Bill Kelso in 1982. The chance to work with Forest Service scientists like Jerry Winandy and Lonnie Williams, among others, certainly benefited my career. My involvement in professional societies such as the AWPA, SWST, FPS, etc. has really helped me grow as a scientist/teacher.

My first IRG meeting was IRG18 in Honey Harbour, Canada in 1987, which allowed me to meet with scientists from all over the world. I had a four minute time slot for my presentation – oh how things change. Who can forget the infamous boat ride, the evening songs led by John Levy in the bar, or the golf match payoffs between Alan Preston & Bill McNamara at mealtime? Significantly, I met the folks from Imperial College and found we had a lot in common, both research-wise & philosophically. That led to a sabbatical leave in 1988-1989 working with Richard Murphy, Scarlette Gray, and Dave Dickinson and great conversations with John Levy. Jeff Lloyd was a student then and Andy Zahora was on a post-doc. I am sure Dave will remember our trip to the mines in Cornwall for ladder inspections and the annual cricket match against Tony Bravery’s bunch at FPRL. I think John Savory was the official score keeper.

The global friendships forged in IRG are too numerous to list here for fear of leaving someone out. My first impression of IRG remains today: Finally, a place we can argue science and have a beer together later! Other IRG meetings have so many memories. There was the great ‘fish-off’ at Rotorua in 1990 where the Mississippi boys topped the international side. I am sure Harry Greaves will remember the great ‘revelation’ at the Brisbane meeting in 2003. The chance to involve my children and grandchildren in these forays has been a big plus (Joris: grandson Caleb really enjoyed Ghent). The value of exploring different cultures and sites cannot be overstated.

Like my colleagues, Jeff Morrell and Jack Norton, I have been deeply involved in the Scouting movement. I started as a youth in Cub Scouts and have never looked back. Martha got hooked on the program when our son needed a Den Mother. In addition to other positions at the local, regional and national levels, I served as a Scoutmaster or Assistant for over 25 years. Both of us were heavily invested in leader training and were able to participate in the annual international Wood Badge reunion at Gilwell Park, England. All of our boys plus 2 grandsons along with myself are Eagle Scouts.

I enjoy hunting, fishing, reading (especially historical stuff), listening to music (Gilbert and Sullivan, 50s era, classical) and gardening. Both of us are avid followers of MSU’s athletic teams, the Bulldogs. I tell everyone that the reason I am still working is to pay for Martha’s Bulldog habit. We have a place on Lake Sam Rayburn, Texas where I plan to make good use of my newly acquired used pontoon boat and fishing opportunities.

This bio was written for the December 2020 IRG Newsletter.