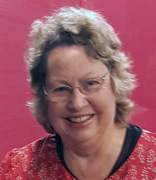 January 2020 just happens to be 50 years since I started my work journey in wood and research.

I was born in January 1953 at Matamata in the Waikato region of New Zealand.  Matamata is of course now ‘famous’ as the location of Hobbiton of Lord of the Rings fame. My family were farmers so I have many good memories of childhood activities on the farm and helping my Dad. I was the eldest of six children which probably was one of my earliest learning experiences for being organised.

I was active in many school sporting activities playing netball, tennis and in the athletics team, and have always had an interest in science subjects.  The career plan was to be a teacher but by chance I saw a small classified advertisement in the newspaper for forest science technicians.  I applied for a trainee position, was accepted, and as they say, the rest is history. So in January 1970, instead of going straight to university, I became an employee of the NZ Forest Service and located at the Forest Research Institute (now Scion) in Rotorua.  The first few weeks were spent on induction courses learning about working in a laboratory, and then broader forestry activities which included practical tasks like pruning trees. Following those weeks I spent the next 18 months with short term secondments in different research sections such as forest economics, pathology, soil and nutrition, physiology, followed by assignments in the analytical laboratory, electron microscope laboratory, and then the wood mycology laboratory working for Dr John Butcher.   And it was in that laboratory I was to stay and happily, until eventually leaving FRI to move to an industry job in Auckland.

Those first years at the FRI were busy times as I worked fulltime and studied part time, got married soon after I had my 20th birthday, and then was successful in getting a Commonwealth Travel Award.  So we packed up and moved to London where I spent over a year at what was then called the Imperial College of Science and Technology.   Professor John Levy was my supervisor and my husband had many happy times trout fishing with David Dickinson.  It was also during this time that I was first exposed to ‘IRG’ when I attended IRG 10 held in Peebles, Scotland.  I remember it was a relatively small gathering compared to present day annual meetings. I also recall being in a room sitting around a large table in one of the working group sections while a very robust and loud  debate took place about field trials and design, and international collaboration.  I was the only New Zealander at the meeting so presented several FRI papers which was somewhat daunting at the time.

When I returned to FRI in 1978, I moved to a scientist position and the scope of research activities was extended; developing different test methods, testing potential prophylactic treatments for sawn timber and export logs, investigating premature failure of products, studies on soft rot and biodegrading bacteria.   These were exciting times as the wood preservation group was relatively large with a diverse range of research, and great interaction/technology transfer with industry.

I was also very fortunate to have a supportive husband.  It  just so happened that as I came to the end of my maternity leave after our daughter Lisa was born in 1980, that he  wanted to build a yacht so  I returned to full time work while he became a ‘house husband’.  Since then we have had two sons (Andrew in 1984, Paul in 1989) and Alastair carried on being the ‘at home’ parent and working part time in various interesting jobs.

It was in 1987 that the big decision was made to move to industry to a Technical Manager position with Hickson and to relocate the family to Auckland.  Working in industry gave me a different perspective on many issues and it was a challenging but also a very fulfilling time developing new products/processes and supporting commercialisation.  The company went through a number of restructures and name changes over the subsequent years   and my job expanded geographically to encompass NZ, Australia, Japan, other Asian countries and the South Pacific Islands.    There was a ten-year period of fairly regular travel overseas.  I met lots of amazing people, experienced different cultures and was involved in many research projects and new product development initiatives.

Also, coincidentally it is the 20 year anniversary this month that the next significant change happened when we set up our consultancy business to assist local and overseas companies with regulatory requirements and product registrations. There are not so many new wood protection products these days, so the majority of my work is now with industrial, consumer, pest control and agricultural products.  Nevertheless, my interest in wood protection is no less diminished with time, and I am currently chair of the committee reviewing the NZ Preservation of Timber and Wood-based Products standard.

Our three adult children live nearby, and our younger son was married at the end of last year. Both our boys went to IRG Bali and our daughter Lisa was my accompanying person at the Beijing and Lisbon IRG meetings.  Alastair always enjoys the IRG meetings and participating in the companion programmes.
We keep ourselves busy with family activities, a range of hobbies and travel. I have also been an active Rotarian for nearly 30 years and am currently Chair of the International/World Community Service District committee that covers part of Auckland and 8 Pacific Island countries.  I am also on the Board of Rotary New Zealand World Community Service Limited.  Over the years I have visited many of the Pacific Islands for work related activities, conferences or holidays.  My most recent trip was in 2019 November when I visited Tarawa, Kiribati looking at some Rotary project opportunities.

I am not yet ready for retirement and there is still much to see and do. So, while my health allows, and there is no clash of conference dates/family commitments, attending IRG meetings is still on the agenda.
Looking back over my working years I have attended 33 IRG meetings, and been involved in some way with the organisation for three of those meetings. This has included being co-chair for the IRG42 meeting in Queenstown with the late Dr Mick Hedley who sadly died just a few days before that meeting convened.

The IRG organisation and the networking opportunities it gives to members and guests is quite unique and special.  My personal and work life has been enriched by the opportunities to learn about new ideas, and benefit from the working relationships and friendships that originated through being an IRG member.

This bio was written for the February 2020 IRG Newsletter.